Why Scaling is required for K-Nearest-Neighbour 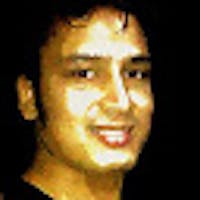 In this post, we will learn and understand why should we scale a KNN model. Prima-facie it looks like euclidean distance should not get impacted even with unscaled data i.e.

We can observe, the same feature is used in squared difference. So if Y1 is at a bigger scale so is Y2. Hence, this distance metric will remain consistent 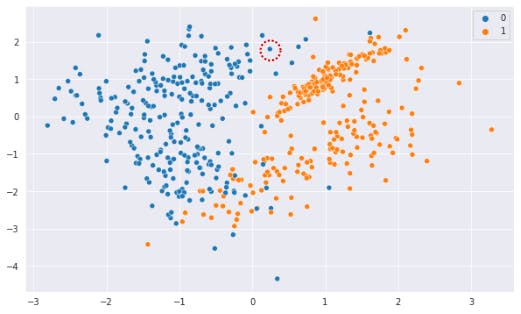 The above plot is depicting two classes based on two features that are properly scaled. One of the points is highlighted in a red dotted circle. If we observe, this point very comfortably looks like a "Blue" class as almost all the neighbours are Blue.
But now try to imagine unscaled data where one of the features is large. What it means is that space will be very elongated for that axis and squizzed for the other axis.

We have intentionally flattened the plot along one axis to develop better intuition. Now we can observe that the highlighted point is fairly near to the Orange" class.

Now, we can easily see that the highlighted point belongs to the "Orange class".

In the below plot, we highlighted the data which changed its Class with a bigger size. Hue is as per the prediction of the scaled model. 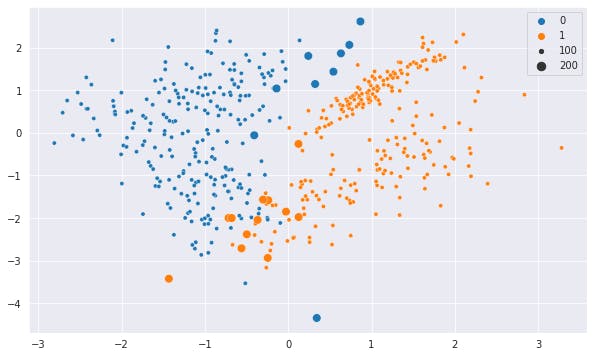 Let's see the same plot in squeezed axis and hue on prediction on unscaled data.

It is pretty evident from the above plot which data point changes its Class and why it did so. These are the points which have many data points of other class farther away on the vertical axis but very near on the horizontal axis.
With scaled data, Vertical distance lost its relevance and the Class swapped.

Below is the code snippet for all the trials we did in this post.

So, what is meant is that if we use unscaled data, the distance along the Feature having a smaller value will lose its relevance. The issue will impact the boundary points and it will become more severe if the two Features differ on a large scale.
So, it's better to scale even though it is not needed because it will not create any problem if done unnecessarily.
Similar logic can be applied to Clustering using KMeans as that algorithm is also based on the same approach.